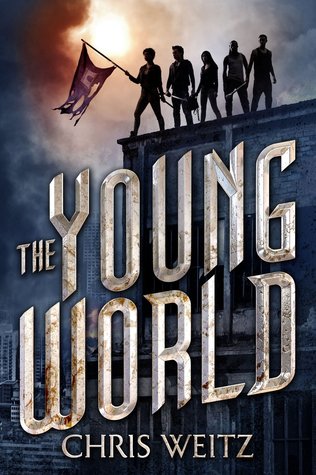 If a virus did wipe out everyone but teenagers and I were one of the survivors, I would want to be part of the Washington Square group. They aren't hiding in the old subway tunnels and living in the darkness like the Moles. They aren't a pseudo-military bunch of misogynistic jerks like the Uptowners. They aren't trying to survive a race war like the kids in Harlem. Washington Square isn't perfect, but it works pretty well for the kids living there. Everyone pulls their weight - scavenging for supplies, gardening, standing guard duty, giving what medical aid is available, keeping the tech working (what they still have, anyway). The group is led by Washington until he turns 18 and the virus takes him. His younger brother Jefferson is selected by popular acclaim to take over in his place. Jeff and the resident genius, Brainbox, decide to visit the research facility that they suspect was the source of the outbreak and see if they can find a cure. A few other members leave the Square with them and set out across the city on their quest. Along the way they face many dangers, including - cannibals, cage fights, psychos with guns, and animals that have escaped from the Central Park Zoo.The story is told in alternating chapters from the viewpoints of Jeff and his best friend Donna as the group goes from one tense situation to the next. The main characters are well-developed and believable. The minor characters are fleshed-out as befits their importance to the story and their amount of time onstage. The internal logic of the story holds together well and makes it easy to get caught up in the narrative. With the alternating POV of the narrators, you get both a male and female perspective on things as well as bits of back story. I would recommend it to anyone who enjoys post-apocalyptic settings or action/adventure with YA protagonists.

I read an e-book provided by the publishers through NetGalley. The novel was published July 29, 2014.

Publishers Weekly has a podcast in which the author discusses his book. There is also a website with quotes from the story and you can submit your own fan art.

The Young World is the debut YA novel by Chris Weitz, director of The Twilight Saga: New Moon and The Golden Compass.  Share your feedback on Twitter using #TheYoungWorld. And if you tag @ChrisWeitz, he may tweet you back!
Posted by Suz Costner at 11:44 AM No comments: