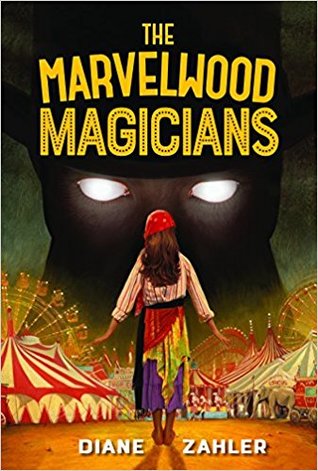 "You don't know what you've got, 'til it's gone." That is a song lyric, but it is also a truth in life. And Mattie Marvelwood finds that truth out the hard way. Her whole family have talents, psychic abilities which allow them to make a living working carnivals and fairs. Her father can cast illusions, her brother disappears, her mother sees the future, and Mattie can read minds. But Mattie just wants to be normal - live in a house, go to school, not see people's thoughts when she touches them.While they are performing with a small circus in South Carolina, Mattie begins to notice something is going on with the other acts. First Julietta loses her singing voice, then Selena loses her grace and agility. She hears others talking about former members of the circus who mysteriously lost their gifts; there was the ringmaster who no longer had his commanding presence, the tumbler who lost her coordination, and the strongman who lost his strength. What is causing this? And if Mattie has the chance to get rid of her talent, will she take it?The characters are interesting and the setting gives a view into what life on the road with a circus or carnival is like. Mattie's dilemma bring the age-appropriate themes of longing to fit in and the dread of being seen as different into sharp focus. And the kindly Audra gives some good advice to readers of all ages. "We just have to try for gratitude. to realize when we have enough."Recommended for middle grade readers who enjoy fiction with a dash of the magical. I read a copy provided by the publisher for review purposes.
Posted by Suz Costner at 10:38 AM No comments: 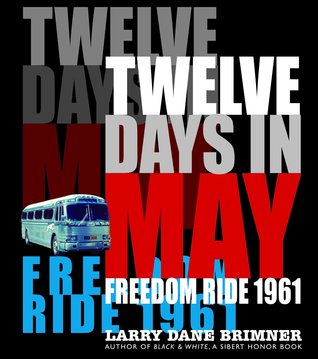 This book is a great resource for students or classes studying the Civil Rights Movement and especially the Freedom Riders. It is packed with archival photos of the riders, as well as images of other protests such as marches and sit-ins. Key figures in the Freedom Ride such as the riders, organizers, and "Bull" Connor are shown, but there are also images such as signs posted by the KKK welcoming visitors to Tuscaloosa and even one shot of a young child wearing the white robe and hood of the KKK. The text walks through events in chronological order, narrating the actions of the riders, the response of law enforcement and those opposed to integration, and comments on what was shared about the ride in the media of the time.
The format of the book is large, like a coffee table edition. This makes the photos an excellent size for viewing details. The font size is correspondingly large, as well. A section on "Landmark events before the Twelve Days in May" serves as background for the story, highlighting court cases such as Plessy v. Ferguson and Brown v. Board of Education. The story of the ride itself begins with a cast of characters, "Who's on the Buses?" which gives the name, race, and age of each rider. The closing section of the book gives a more detailed description of each rider's involvement in the Civil Rights Movement. Back matter also includes a bibliography, source notes, index, and picture credits.
Highly recommended for middle grades and up, especially classrooms and school libraries providing U.S. History materials to students. I received a copy from the publisher for review purposes.
Posted by Suz Costner at 3:31 PM No comments:

As you may have heard, I've been working hard for several months to clear off my desk and other flat surfaces that collected far too many books. Yes, it is possible to have too many books. Or, more accurately, it is possible to have too many to fit in the space you have available. So here are two more that need a good home. One is an ARC of NewsPrints by Ru Xu, the other is an ARC of the novel Unicorn Power! based on the popular Lumberjanes graphic novels. 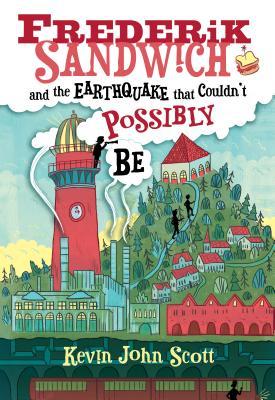 Fans of mystery adventures with memorable characters will have fun with the story of an earthquake that couldn't possibly be. Frederik Sandwich lives on Frederik's Hill, a place where everyone follows the rules. Because his parents were foreigners who moved to the city, Frederik tries extra hard to be good and do what is expected so that everyone will see that he belongs. The problem is that his plan doesn't work and the kids at school tease him about his name, his accent (which he denies having), and anything else they can think of to make his life miserable. When everyone is shaken awake in the middle of the night, the mayor sends out word that there was no earthquake and that no one should mention the word because it might scare visitors away from the upcoming International Festival. Normally Frederik would follow those instructions, but he and a strange girl from his neighborhood discover an odd train that rumbles beneath the city and an odd man who warns them of dangers and zombies down in the train tunnels. Could he be right? Or is he plotting something sinister to ruin the festival and hurt the mayor? They have to find out the truth!Frederik is a boy swept up into events that are out of his control. He can't stop the neighborhood bullies from picking on him. He can't get any adults to listen to what he has discovered. He can't even get his new friend (the strange girl) Pernille to call him by name; to his annoyance, she calls him things like melon, enchilada, and other food items. Pernille is a very striking person with dark skin and white hair, unlike anyone else in the city - which makes her an outsider like Frederik. She is also convinced that the two of them can solve the mystery and save the day, although it would be easier if they were orphans. "It takes an orphan to solve a mystery, you see. Nobody else will do." Pernille has learned this from reading children's mystery adventure fiction. Between the two of them, readers are pulled along as if they are trapped on one of those trains running beneath Frederik's Hill.An entertaining mystery perfect for middle grade fans of Lemony Snicket and similar stories of children facing seemingly unbeatable foes. I read an e-book provided by the publisher for review purposes.
Posted by Suz Costner at 7:09 PM No comments: