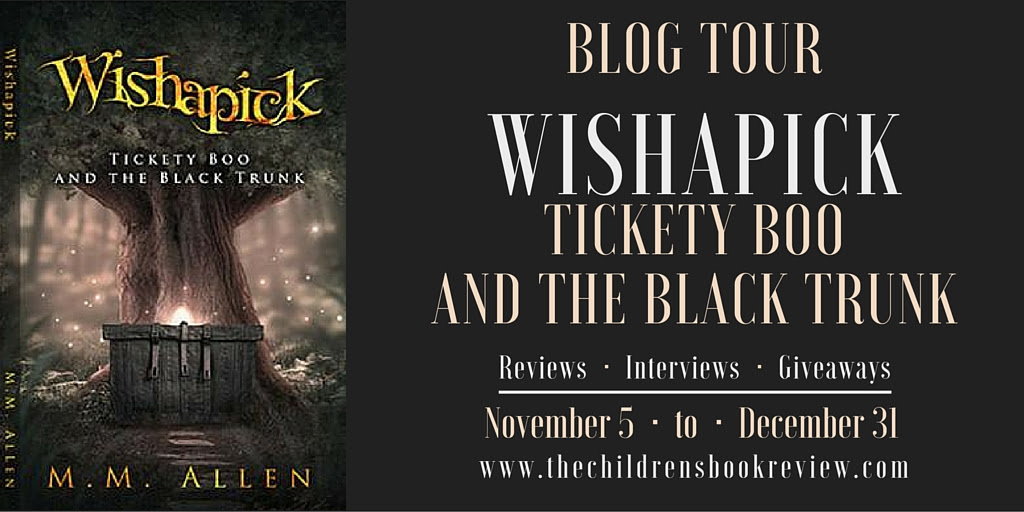 In the time-honored tradition of great stories like The Lion, the Witch and the Wardrobe, Alice in Wonderland, or the more recent Coraline, the journey to Wishapick begins with a trip through a portal. Our protagonist, Jack, seems stuck in the anger phase of grief over his father's death. He feels that his mother is treating him as a child. One source of contention is his father's black trunk. Jack and his father had planned to open it together, but now his mother has hidden the key and won't let Jack see what is inside. He is also irritated by his little sister Lilly, whom he considers bothersome. When Lilly shows Jack the key to the trunk, he takes it from her and opens it alone, finding the entrance to Wishapick. In a fall similar to Alice's tumble down the rabbit hole, Jack's impetuous leap into the trunk causes him to go falling down a tunnel in the dark until he lands on soggy ground.

Jack discovers he has entered the land of Wishapick, a place that has been trapped in darkness. The inhabitants have even forgotten how to call upon "the Breath of All Good Things" because they have been in the dark so long. King O'Sirus has become so caught up in anger over his father's death that he has plunged his entire kingdom into darkness, even forbidding his wife, Queen Sanctuary, to share the light she generates with those outside the royal gardens. Can Jack overcome his own negativity and help restore light to Wishapick and find a way home for himself and Lilly (who has followed him into the trunk as any younger sibling would)?

Although it is a land trapped in a seemingly endless night, the author uses many sensory images to help readers visualize the setting and action. We can easily imagine reaching out and touching a muddy tunnel wall, or the terror we would feel if we heard the sound of rattlesnakes approaching us in the dark. Against the darkness, the light of the small torches the animals use to light the pathways and the blazing fireplace in the Possums' home shine more brightly by contrast. The bright and cozy colors of everything from running shoes and tea cozies to the paint on doors and shutters offer a homey comfort. And there are the smells that evoke a sense of belonging and contentment: fresh baked peach pie, warm chocolate pudding, and nice hot tea.

The king's anger and the resulting darkness are mirrored in Jack's grief and anger about his own father, but there is still hope that Jack will give up his dark thoughts and move on in life. Despite this deep theme, there is plenty of humor to offset it. How can anyone resist laughing at the Possum Family roll call? (It somehow reminded me of the Brady Bunch or perhaps the Partridge Family, especially when they all call out, "We're the possum fam-a-lee.") The scene with Winston the wolf being admonished to remember that he is on a soft food diet will also cause some giggles. Overall, Wishapick is a story of life and how we all must continue on and not give in to negativity, or we will snuff out the light of all those around us.

Many books recently have begun to use a multi-platform style, packaging the story as a book plus online experiences such as clue hunts and video clips to appeal to the digital natives in the audience. Author M.M. Allen and collaborator Deborah Wynne have chosen instead to rely on the storytelling power of music and lyrics to enhance the tale. The companion CD weaves its own spell, bringing the characters to life by using the perfect vocals and accompaniment to suit the personality and actions of the Possum Family, the King and Queen, the Victory Eagles, and other key players. Lines from the songs are quoted at the beginning of many chapters and after listening to the songs, you may find yourself humming the tunes as you read.

Once you give yourself over to the experience of Wishapick and the story of Jack and Lilly's time there, you will be transported through your own portal into a magical place where grief can be overcome and new friends are there to help you succeed. As Jack's father would advise: "Wait and be patient...The landscape will change." All dark times eventually come to an end, and that is what makes the sunshine even sweeter.

About Wishapick: Tickety Boo and the Black Trunk 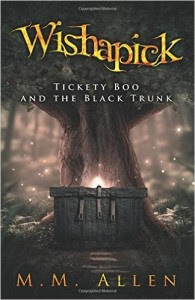 Darkness. Utter blackness. Was this why his mother had refused to let Jack unlock his father’s old trunk? It had been two years since his dad had died, and all Jack could think about was examining whatever treasures were stored inside the beloved trunk. But when he finally lifted the lid, he didn’t just fall in—he fell through it into a pit of rattlesnakes! Trying to recall his mother’s stories about “the Breath of All Good Things”—anything to shed light on his current situation—Jack wishes he’d paid better attention rather than mock the tales as childish myths…and that he’d waited to enter the trunk with his sister, Lilly, so they could at least face this together. Like L. Frank Baum’s Oz and C. S. Lewis’s Narnia, M. M. Allen brings to life the fantastical world of Wishapick—a land of courageous animals ruled by a cruel rattlesnake king who has condemned the villagers to live without light. Chosen as the reluctant hero to save the villagers, Jack must face terrifying creatures and overwhelming odds if he wants to help his new friends—and return home himself.


"... a breathy and fantastical storytelling style, imaginations will flourish and the tale will be enjoyed by kids ages 8-12 who enjoy the genre of fantasy.”—The Children's Book Review

Wishapick: Tickety Boo and the Black Trunk is available on Amazon.

M. M. Allen, author of the acclaimed children’s picture book Let’s Play Ball, is the mother of two adult children and aunt to twenty-three nieces and nephews, including ten great-nieces and great-nephews. MM is a former teacher and university lecturer. She has also worked extensively in marketing and communications with varied businesses and non-profits. MM lives in a picturesque northern California town where she enjoys writing, tending to her rose garden, and caring for her West Highland terrier, Pip. www.Wishapick.com | Facebook

Composer and lyricist Deborah Wynne created a companion CD of songs to accompany Wishapick: Tickety Boo and the Black Trunk. Wynne’s primary talents lie in choral singing, stage musicals, and composing. Her musical projects include the 2013 album Strands of Gold and 2007 musical Moment of Truth. She is an active singer and composer in Santa Barbara, California, where she lives with her husband and their two shelties, Sparkle and Gracie. DeborahWynne.com 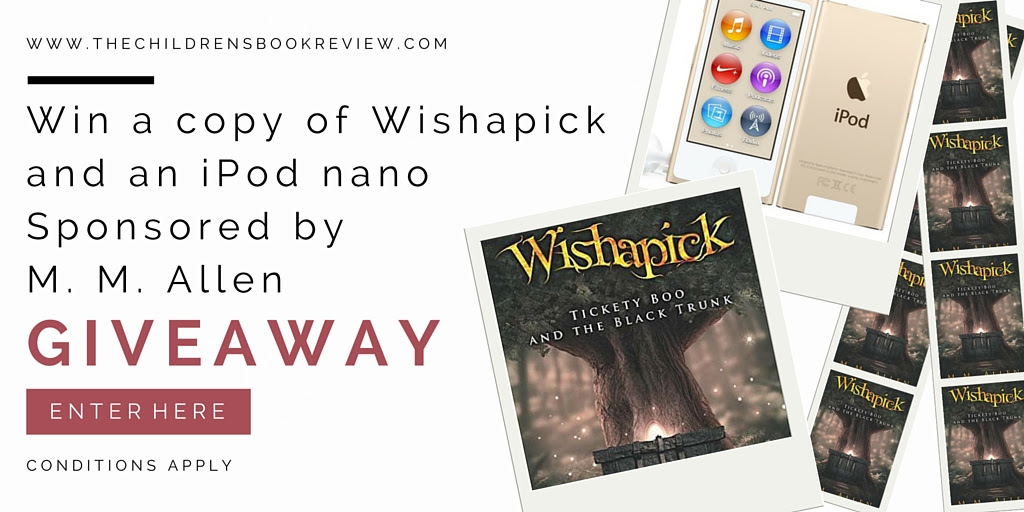