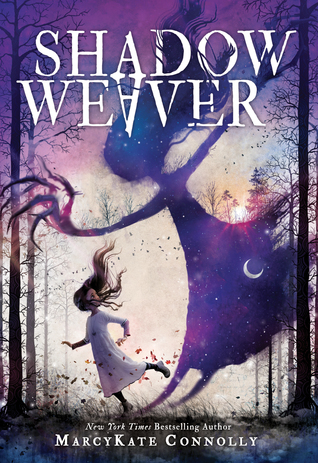 Emmeline was born as the Cerelia Comet passed by and she was blessed with magic. Although it doesn't seem to be much of a blessing. Her parents are wary of her and keep her isolated. She has no friends, not since a neighboring child drowned in a pond while they were playing hide and seek in the woods. Even the daughter of one of the maids who used to play with Emmeline, now avoids her and gossips about her with the other servants. Still, the mansion and its estate are her home and she has her shadows to play with. She can weave them and bend them and even craft them into tangible forms, and her own shadow, Dar, can speak to her and is her only real companion.When visiting noblemen offer to take Emmeline for a "cure," she follows Dar's advice and runs away. In the woods far from home she is taken in by a family with a son near her age, one who also has magic. As she experiences what a true family is like for the first time and has a human playmate who is not afraid of her abilities, Emmeline actually enjoys life in the small cottage. She undertakes nighttime excursions to gather components for a ceremony to bring Dar to life, because her shadow has explained that she was once a real girl, but was killed by Lady Aisling (the one who would have "cured" Emmeline if she hadn't run away). But as they come closer to the night of the ceremony, she begins to doubt that Dar is telling the whole story and even that she can be trusted. And when the soldiers come searching, they must all flee for their lives. The story sets up a world with a recurring event, the appearance of the comet, that causes children born under its influence every 25 years to have magical powers. The abilities seem to differ for each child - control over shadows, light, the wind, even reading minds or changing shapes. The mysterious Lady Aisling is said to have a "cure" that will allow the children to become normal again, but many fear her and her soldiers. She reminds me of Mrs. Coulter's role in The Golden Compass, trying to separate the children from their daemons. But since we don't actually see Lady Aisling in this book, we will have to wait and find out how evil she really is. The book ends with Emmeline and her friends on the run from the soldiers, knowing that there will eventually be a confrontation of some sorts with Lady Aisling and her allies.A good series for fantasy readers who enjoy stories with young protagonists, a variety of magical abilities among the characters, and a world without much technology.I read an e-book provided by the publisher through NetGalley and edelweiss.
Posted by Suz Costner at 12:30 PM