Blog Tour If You Were Me and Lived In...Italy 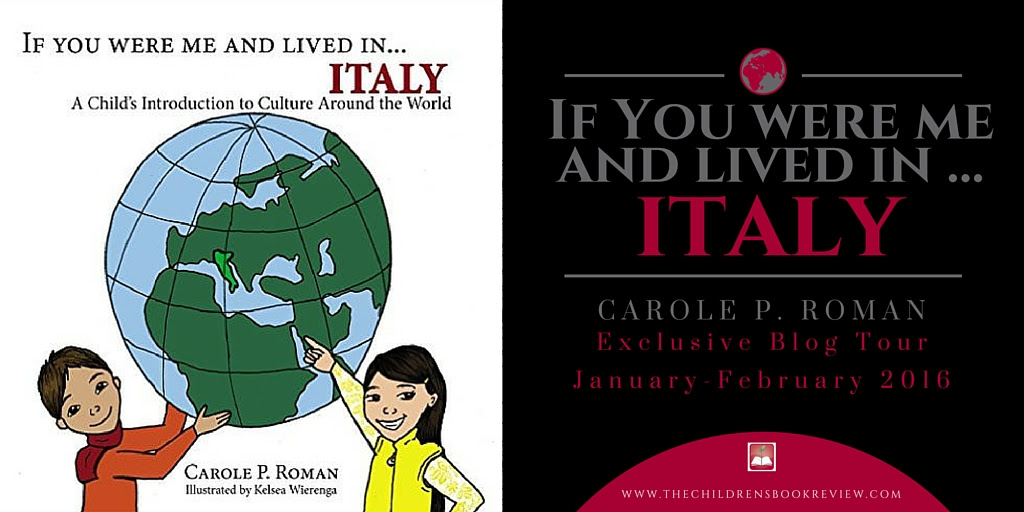 If You Were Me and Lived In ... Italy

I have always loved learning about other customs and cultures. I love learning about the little things we have in common as well as the things that make us different. Give me an elevator and five minutes and I'll know where people are from and the reason their parents chose their name. I've had a fascination for these things for my entire life.

I started the series with Mexico because it is a close neighbor and there are so many people from Mexico working in the states. I wanted to make it very simple; the goal was for my grandchildren to be able to understand the concept of culture and countries. It was so hard to pare down the information, there was so much, and as soon as I started to question people I interviewed about it, they came up with so much more. Everyone loves to talk about his or her home! I chose France next; simply due to the fact we were in a French restaurant, South Korea because the woman who owns my nail salon was from there. Turkey was the result of going to a Turkish restaurant that week, and then I decided to try to represent the "four corners of the world," choosing Norway and Kenya next. I chose Norway because I knew nothing about it. Kenya: because President Obama's father came from there and it was in the news a lot.

I start with basic facts using websites on the Internet. There are so many sites from the national census for the most popular names in that country, to recipes and the best place to get them. I look up national holidays and select one. I try to stay away from religious information and deal only with the ten or so subjects we discuss in each book. I research things that interest my own grandchildren, which catch their attention. What you would call your parents, foods you might eat, a favorite place to visit, the sport that is popular, and a fun holiday, things that they could relate to their own life. Invariably, I find something that tickles me, and I try to find a way to include it. I follow up with finding someone from that country. If I can't find anyone to talk to, I usually call the consulate in New York City and they have all referred me to someone here to talk to.

Everyone volunteered information to me as soon as I started writing and producing these books. My hairdresser is from Russia (which turned out to be my most award-winning book), a merchant I do business with was from India, my neighbor hailed from Hungary. Everybody asked me to do their country and with sources available (the most important component) how could I refuse.

Each time I pick another country, I try to be diverse. Whatever country I am working on, I try to spin the globe in another direction and get as far away as I can, so all the world is represented. A friend asked me to do Australia, my local diner promoted Greece, a girl I work with brought in things from Poland (almost completed along with Egypt, Brazil, and Israel).

The books are pretty much a formula now and my illustrator Kelsea Wierenger knows exactly what we are looking for, so we work pretty quickly. I try to stay local and speaking to a source is merely an hour or two of their time. The books don't take long to do; it's the process that takes forever. Going back and forth— getting everything to fit on a page and making sure it's easy to read. I love the colors Kelsea chooses. I think they define the country.

I loved learning about Hungary and the three cities straddling the river, Red Square in Russia is a central point where all the highways meet, the significance of mimosas in Italy, Kenyan galimoto toys, and Vegemite in Australia have all piqued my interest. My family emigrated from Poland and I was delighted with the information from that book. So much of it stirred forgotten memories of my grandmother.

I have been to many of the countries, but sadly we don't travel anymore. We haven't gone many places since my husband became sick. Things have changed since I did travel, so I try not to let that influence me.

The most challenging part is trying to get the pronunciations correct. I found out that many countries have different dialects and I was called out on things as being incorrect. I have to trust the sources I speak to and this can sometimes work against me. The book on Kenya was hard. I dealt with the consulate, yet someone criticized the pronunciations as wrong. However, a Kenyan from London wrote me a beautiful letter of thanks filled with gratitude that I did a book to bring her country to people’s attention. I asked her about the books' accuracy and she assured me it was fine.

I especially love learning about the history of each country and that sparked a new spin-off involving civilizations. I am in the process of completing If You Were Me and Lived in... Ancient Greece, Renaissance Italy, Elizabethan England, and Colonial America. I am very excited about this series. It is geared toward older children ages 8-14. These books are taking much longer to research, but I am having a ball doing them!


More About the Book 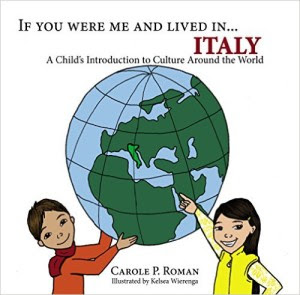 Join Carole P. Roman as she visits the Republic of Italy. Learn what it is like to live in Rome, see the famous architecture, celebrate a favorite holiday and discover popular names for both boys and girls. Be fascinated with it's diverse and rich history and colorful traditions. On the way, you might learn a word or two in Italian! The If You Were Me and Lived In ... Series is available on Amazon. 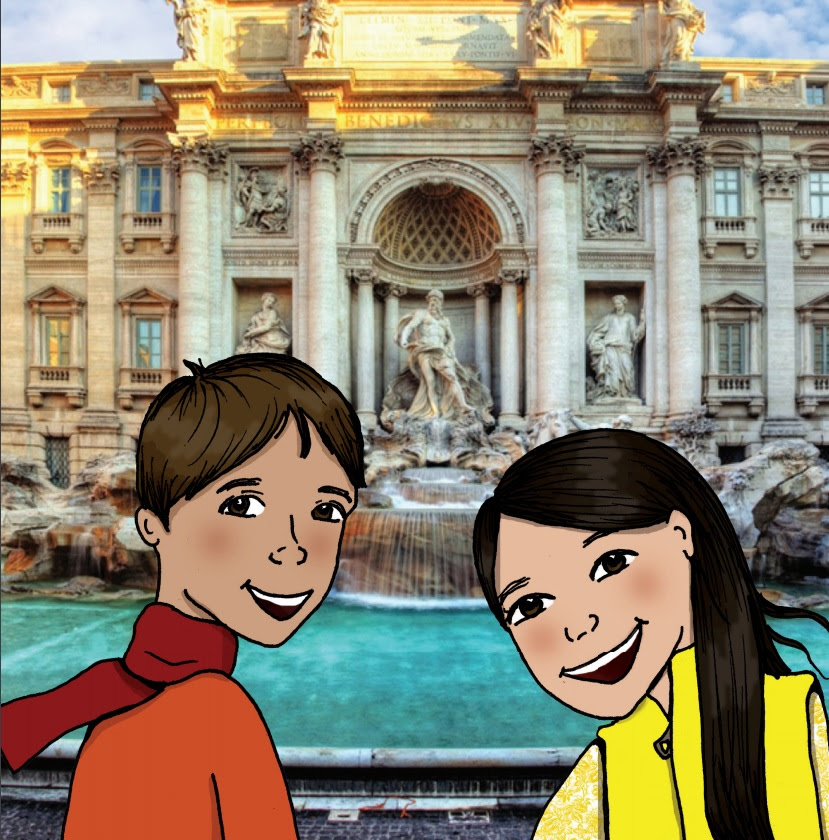 Enter to win a complete autographed set of the If You Were Me series, written by award-winning author Carole P. Roman and illustrated by Kelsea Wierenga; including If You Were Me and Lived in … Italy: A Child's Introduction to Culture Around the World! Plus, the grand prize winner will also receive the Educational Insights Geosafari Jr Talking Globe. Giveaway begins January 10, 2016, at 12:01 A.M. PST and ends February 16, 2016, at 11:59 P.M. PST. a Rafflecopter giveaway


If You Were Me and Lived In ... Italy Tour Dates