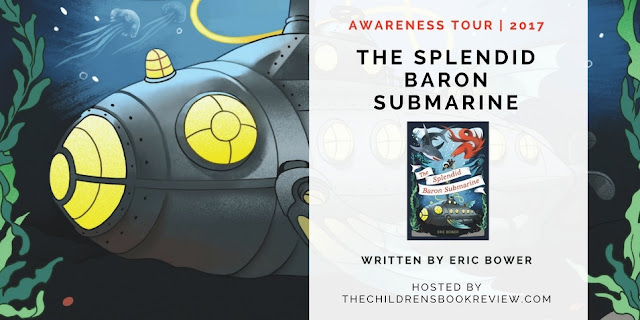 GIVEAWAY
Enter to win a The Splendid Baron Submarine themed prize pack!
One (1) winner receives:
Giveaway begins November 15, 2017, at 12:01 A.M. MT and ends December 15, 2017, at 11:59 P.M. MT.
Giveaway open to residents of the fifty United States and the District of Columbia who are 13 and older.
Prizes provided by Amberjack Publishing

Have you ever written one of those "How I Spent my Summer Vacation" essays? Waldo's essay gets him in trouble with the teacher, who believes he has written fiction rather than a true account of his family's summer. Imagine an adventure that has pirates and ghosts, scientists and amazing inventions, and an underwater treasure hunt. That will put you somewhere in the neighborhood of The Splendid Baron Submarine. Waldo Baron, W.B. to his family, narrates the story of his family and their incredible summer vacation. Waldo has two scientists for parents, and they are asked by the Vice-President of the United States to recover a lost pirate treasure and save the country from bankruptcy. Although he has the least scientific brain in the world, W.B. is swept along as his parents and their assistant head off to the Pacific.Filled with eccentric characters, evil monkeys, decorative jelly beans, and dreams about talking squirrels, this book is never dull. Waldo is an entertaining narrator who shares his puzzlement over his parents and their theories, his fears, and even the extremes of his own clumsiness (getting his head stuck in the stove during a happy dance, for example). As I read, I pictured his father looking much like Doc Brown from "Back to the Future" and the submarine full of tools and half-finished inventions. Waldo's descriptions will have you laughing out loud as he says the Vice-President "looked at us as though we'd just slapped him across the face with a wet trout." And when he encounters a ghost, he explains that "my brain spun in my head like a cow in a cyclone." (I pictured the movie "Twister" at that point, with Helen Hunt saying "cow" as one goes flying past their truck.)If you enjoy humorous stories with lots of action, vicious wildlife (monkeys, sharks, eels), enormous jewels, and multiple ghosts, then pick up this book. Until you read it, you can't imagine all the zany events and characters. Once you dive in, you'll be a captive audience for the entire thing - just like W.B.

Publisher’s Synopsis: Waldo “W.B.” Baron is back with another amazing adventure in another incredible invention! Pirate treasure? A clandestine meeting? A terribly rude monkey with personal boundary and hygiene issues? Two of those things sound like a dream come true to W.B, whose clever inventor parents are hired―by the Vice President!―to go on a super secret and intensely important treasure hunt to repay a national debt. If only it weren’t for that lousy, rude monkey, it would be the beginning of a perfect adventure. But at least it isn’t squirrels…
The treasure hunt gives the Baron family the opportunity to use their exceptional steam-powered submarine, freshly biggened and ready for adventure! But things are seldom straightforward for the eccentric Baron family, and this treasure hunt is no exception. W.B.’s trademark bad luck has him suffering monstrous marine misfortune and marauding monkey misery.
Can the Baron family embark on their newest adventure without the eggy and depressing Aunt Dorcas? Will the Barons find the treasure they seek? Will they save the country from financial ruin? Where does the monkey fit in, anyway? Do we like asking questions? Not really, but inside you’ll meet someone who likes asking questions and then answering them (despite his claims to the contrary, he really does like it).
Oh, did we mention the pirate’s curse?
Ages 9-12 | Publisher: Amberjack Publishing | November 14, 2017 | ISBN-13: 978-1944995256
Available on Amazon: http://amzn.to/2yCiI6P
Available on Barnes and Noble: https://www.barnesandnoble.com/w/the-splendid-baron-submarine-eric-bower/1126345064
Available on IndieBound: https://www.indiebound.org/book/9781944995256&aff=childbkreview9 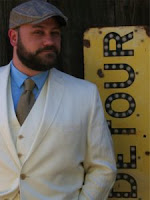 ABOUT THE AUTHOR
Eric Bower is the author of The Bizarre Baron Inventions series. He was born in Denville, New Jersey, an event of which he has little recollection, yet the people who were there have repeatedly assured him that it happened. He currently lives in Pasadena, California. His favorite type of pasta is cavatappi, his favorite movie is The Palm Beach Story, and he is the proud recipient of a “Beanology Degree” from Jelly Belly University in Fairfield, California. His wife and family have told him that the degree is nothing to be proud of, since “It’s not a real degree. You know that . . . Right?” and “Eric, they literally give them to everyone who visits the Jelly Belly factory,” but he knows that they’re all just jealous. 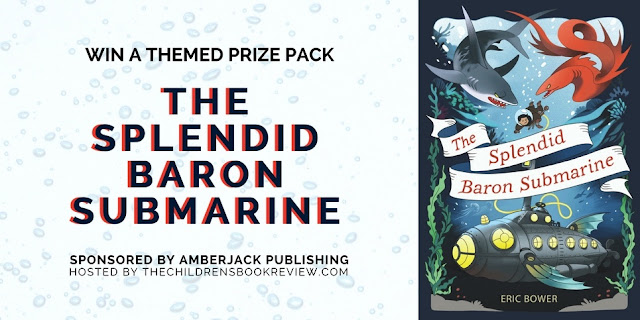 The Fairview Review is participating in the blog tour in partnership with The Children’s Book Review and Amberjack Publishing.
Posted by Suz Costner at 9:00 PM