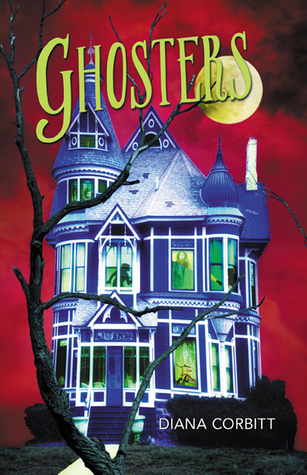 Theresa Martinez's life has been through some changes lately. Her mother died in a car crash. Her father has writer's block and can't finish his next book - so he is having a hard time paying the bills. To solve part of the money problem, Mr. Martinez moves the family into the house his wife grew up in. But now Theresa and her brother have to get used to a new school, makes new friends, learn new routines - and that is a challenge for Joey, since he has Asperger's Syndrome.

When Theresa does make a new friend, it turns out that they both enjoy watching the TV show "Ghosters." Her friend Kerry also tells her that the house they have moved into is haunted. Could it be the ghost of Theresa's grandmother or grandfather, still hanging around their former home? Could it be her mother, trying to communicate? As the girls come up with a plan to get proof of the supernatural presence and win the large prize offered by the "Ghosters" show, more and more unexplained and spooky events occur. Can they make it to the final cut with their video submission  or have they stirred up something best left alone?

For middle grade readers who enjoy stories with a spooky element mixed in with real life issues such as a new school, making friends, or losing a parent - this is an entertaining read. Theresa is a very believable character with her attempts to help her father and her supportive relationship with her brother balanced by her small rebellions and resentments. Joey's character displays some of the behaviors children dealing with autism can present, but he is not a caricature and has a personality of his own. His adoption of some of Kerry's British slang such as "Crikey" adds some humor into the ghost hunt.

The end of the story leaves the characters at a point where they can continue their paranormal investigations and friendships, having learned a bit along the way about themselves and each other. A good introduction to the series, which continues with Ghosters 2: Revenge of the Library Ghost and Ghosters 3: Secrets of the Bloody Tower.

I read a copy provided by the author for review purposes.
Posted by Suz Costner at 8:56 AM